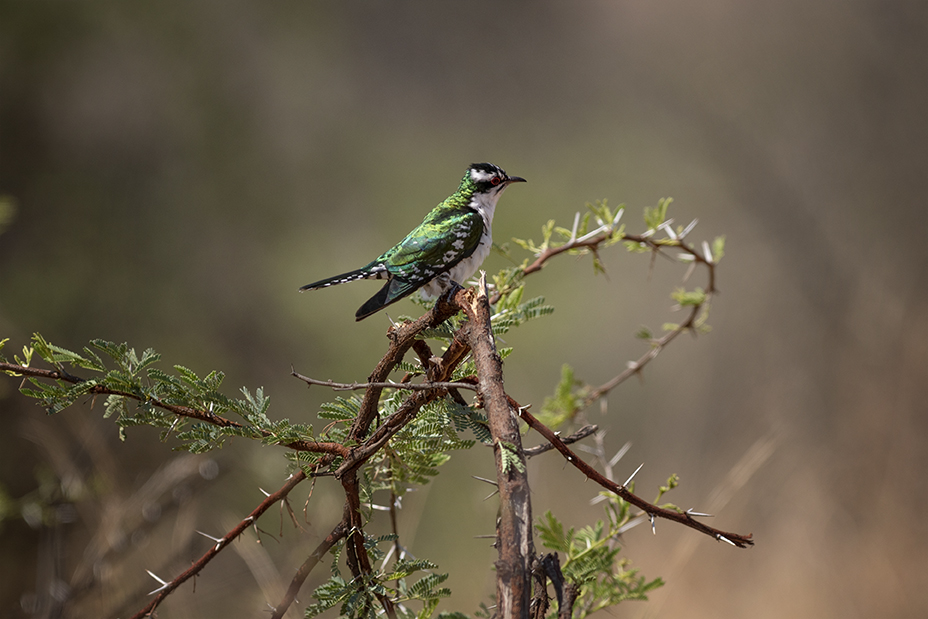 One of the beautiful cuckoos that are summer visitors to South Africa. Once the rains start, the calls of the cuckoos can be heard everywhere in the bush. This glorious green bird is called the Diederik cuckoo, because its name sounds like the Dutch/Afrikaans name Diederik: It calls “Die- die- diederik!” Unfortunately hearing cuckoos is much easier than actually seeing them, so I was very happy when this one perched on a branch for a moment.