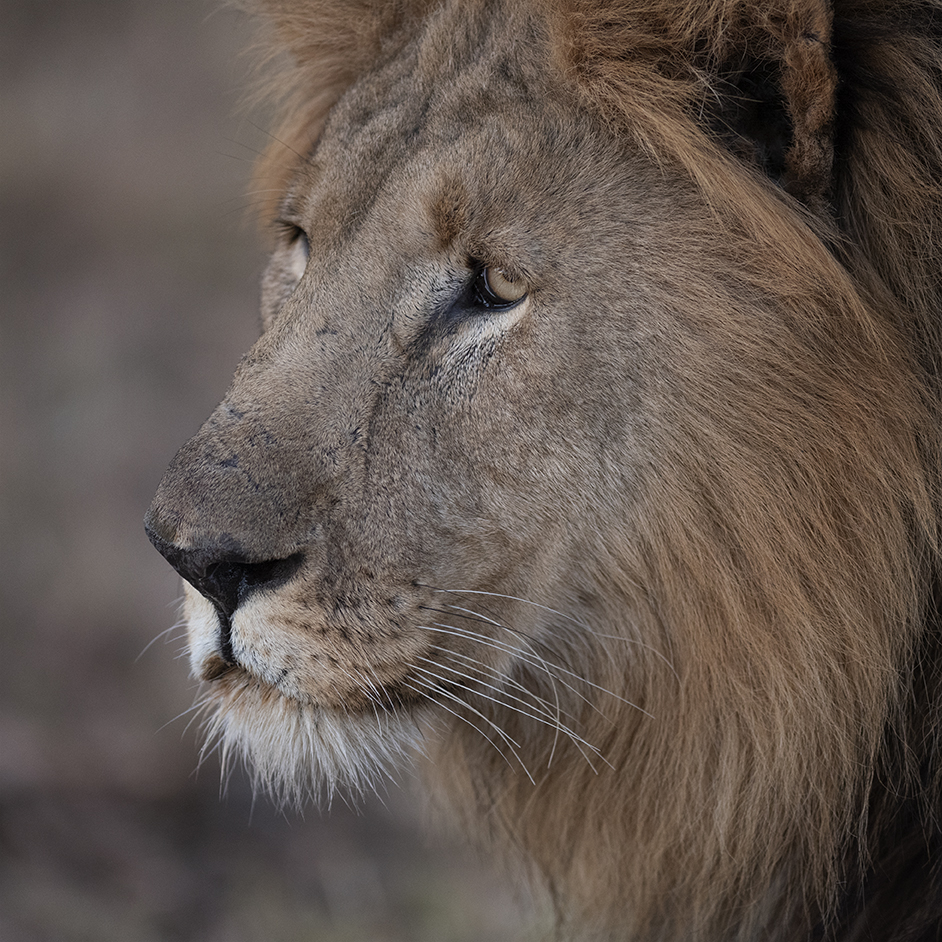 Before our first gamedrive in Madikwe, our safari guide asked us, “What do you want to see?” Well, we had just been in Pilanesberg and seen both lions and leopards on multiple occasions, but always from far away or hidden in the bushes. So we said, “The big cats, but a little closer!” And boy did we see big cats! “Is this close enough?” our guide asked. It was so close that my 300mm lens almost didn’t want to focus…

An old lady lioness lying on the ground with a full belly in the sunset. Her eyes seem to plead for some undisturbed rest. Although gamedrives keep their distance and do their best not to disturb the animals’ lives, I sometimes do feel like an intruder in their world… 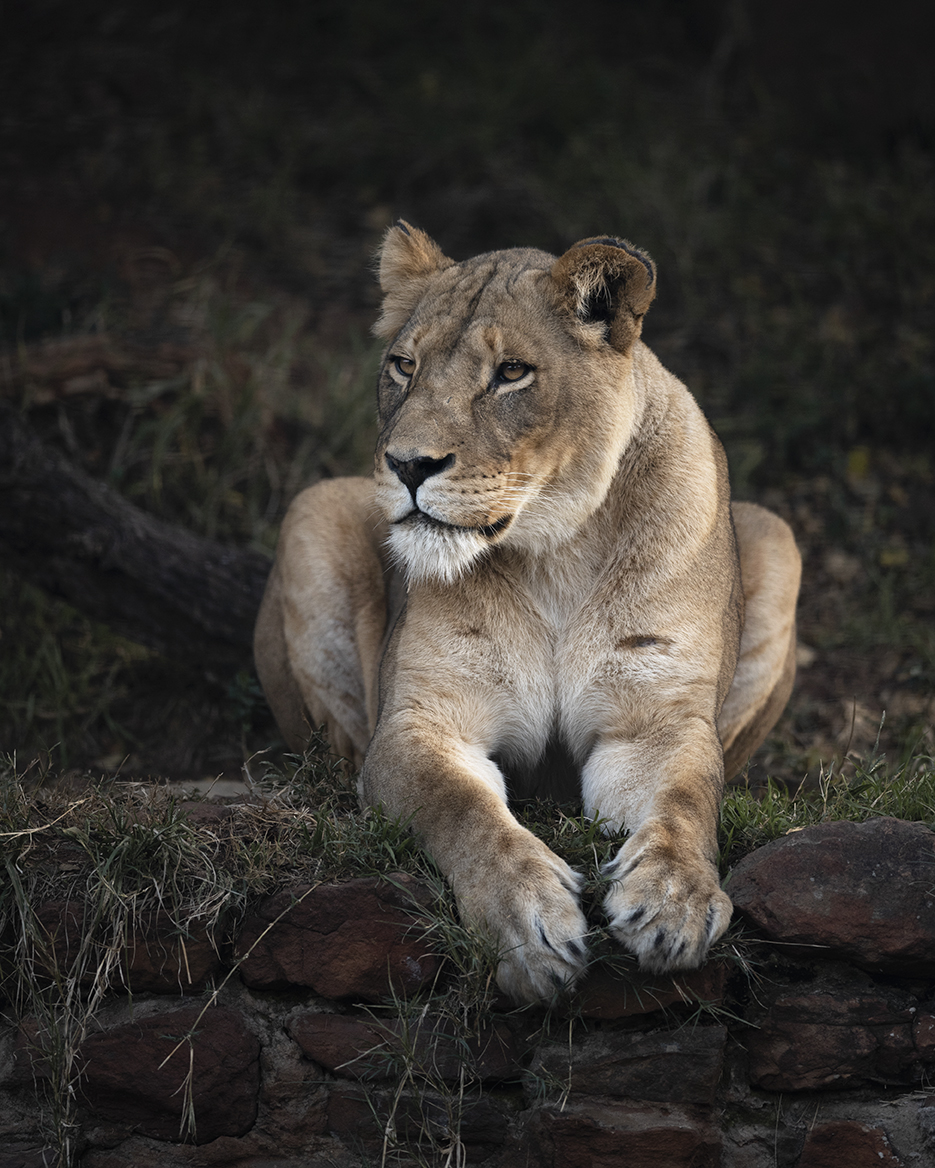 A lioness on a stone wall in the National Zoological Garden in Pretoria, waiting for the sun to rise above the horizon. Or maybe for the weekend?

A brief tender moment between two female lions in the National Zoological Garden in Pretoria. One of the lions is a white lion, a rare color mutation also knows as leucism. There are tales from over 400 years ago about white lions in South Africa. Today, because they were a favorite hunting trophy, there are only a few of these white lions in the wild – one famous example lives in South Luangwa National Park in Zambia.

A male lion resting on a rock, staring off in the distance. What does he dream of? And look at those beautiful paws!

“An optimist is someone who gets treed by a lion, but enjoys the scenery”
– Walter Winchell 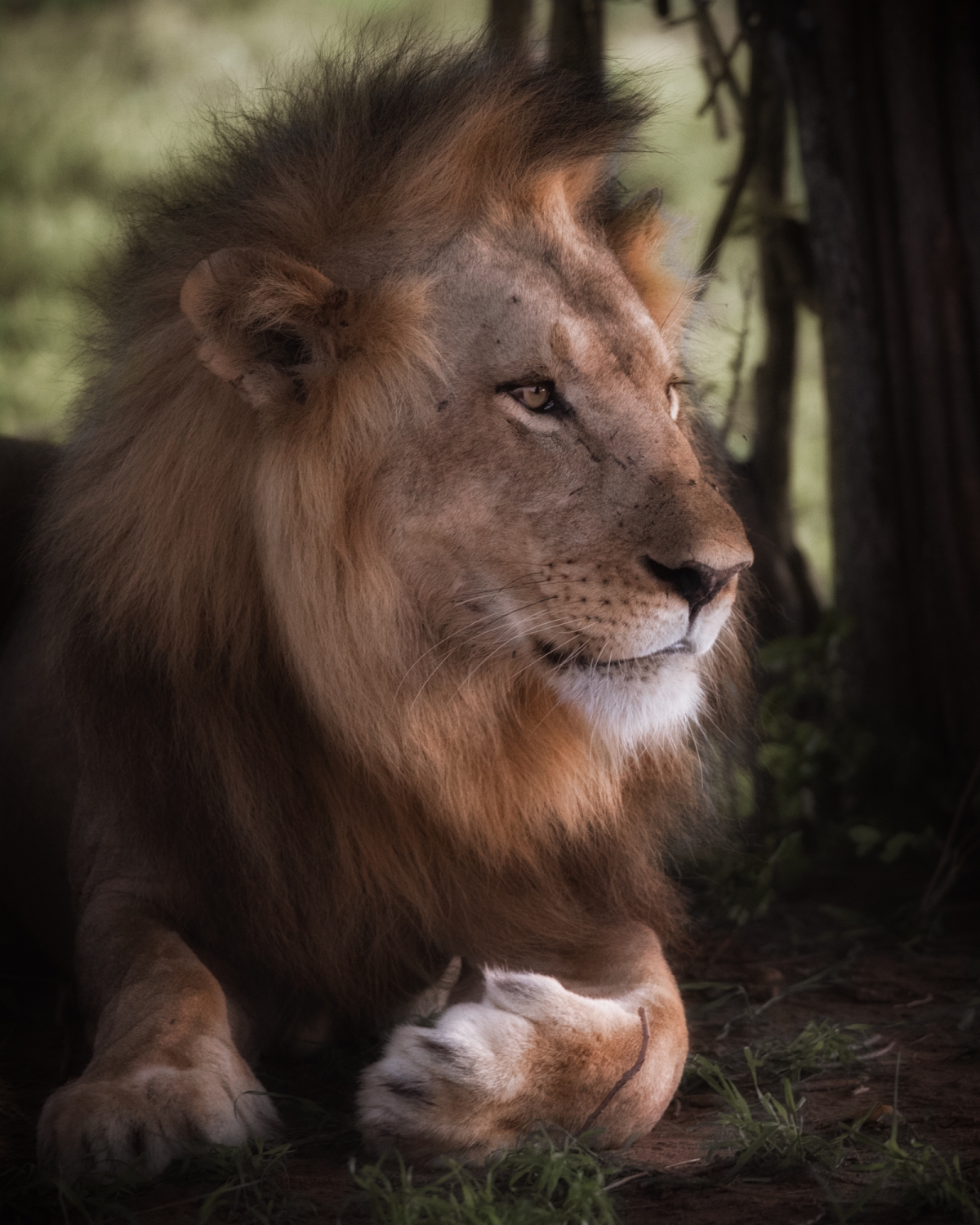 Today in the Netherlands it is Kingsday. Dutch people all over the world celebrate King Willem-Alexander’s 50th birthday.

The lion is called the ‘king of the jungle’. A bit of a strange label, since lions live on the African savanna and not in the jungle. But I can imagine what makes the lion king-like: his mane circles his head like a crown, and his pose is absolutely majestic.

That’s not to say that a lion is never afraid or threatened. Just before this photograph was taken, two lions – locally known as Ginger (the albino) and Garlic – were resting in a very relaxed manner. Then two elephants approached.

The lions were immediately alert, and moved away when the elephants came closer. Like any earthly king, the lion is not almighty…

Today is headache-day. So I’m spending my time with my eyes closed, trying not to move. I just wish I could enjoy it as much as this lion seems to do…