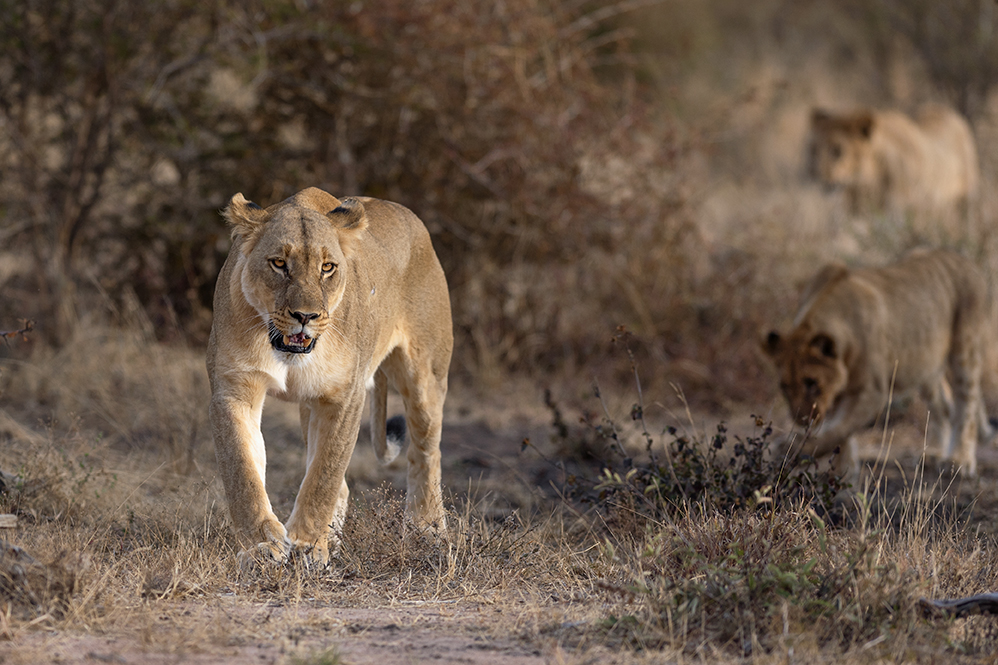 From the archives:
We went to Madikwe Game Reserve for the first time in 2018, and were blown away by the hospitality and the brilliant sightings we had. This was one of the highlights of our trip: a pride of lions, I believe it was two females and about four cubs, walking around in the early morning light. A breath taking experience!

The intense stare of a lion stalking through the high grass of the green season. We came upon a pride of six or seven lions who had just caught a wildebeest and were busy devouring it. Lions have a strict hierarchy in who gets to eat first. This female was already done and was now looking for a place to rest and recover, while the others were still eating.

Goosebumps to see this female lion, part of a pride of seven lions, staring at me from close by! Photo taken in Pilanesberg National Park.

I don’t care who you are, the pressure is on to go to the next task immediately. What happened to the days of hanging out in the hammock all afternoon?
– Josh Brolin 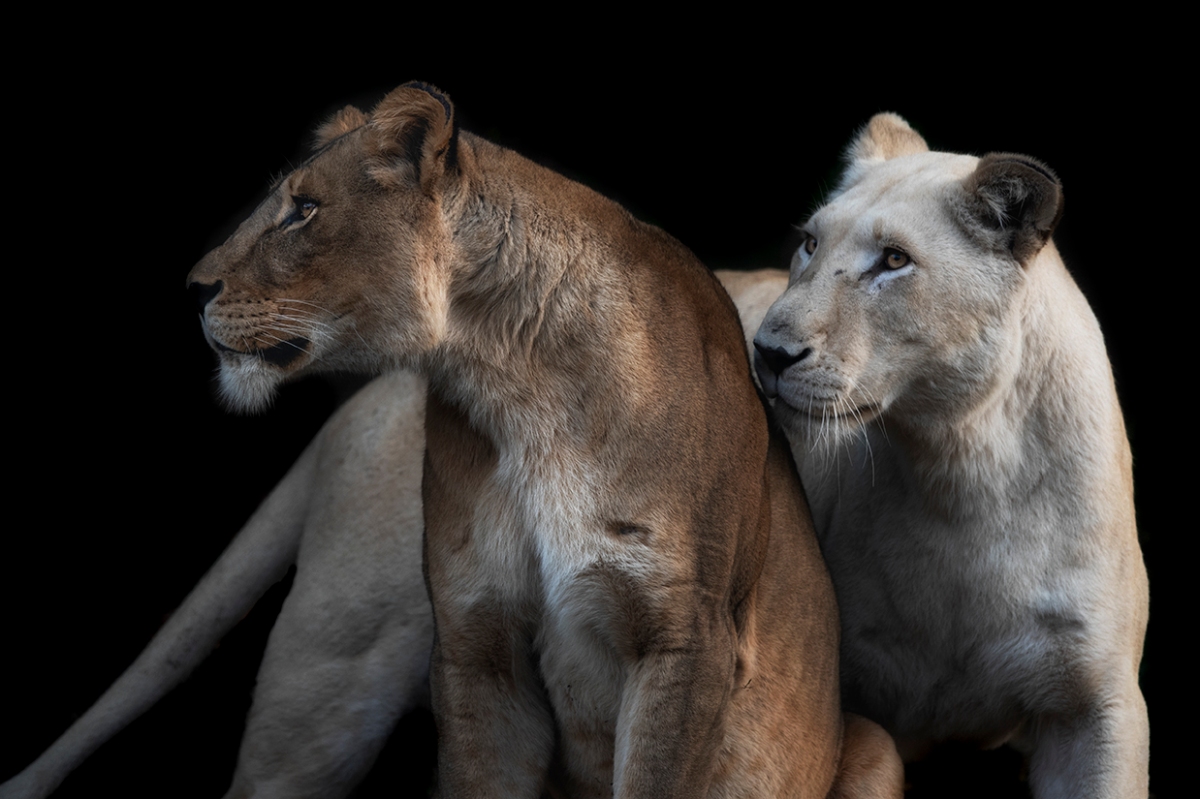 A brief tender moment between two female lions in the National Zoological Garden in Pretoria. One of the lions is a white lion, a rare color mutation also knows as leucism. There are tales from over 400 years ago about white lions in South Africa. Today, because they were a favorite hunting trophy, there are only a few of these white lions in the wild – one famous example lives in South Luangwa National Park in Zambia.

From three months old, leopard cubs start to accompany their mother on the hunt. This one, though, was left to fend for itself during the day while his mother was… what? Hunting? Going to work? Shopping? I don’t know. At the end of the day he grew restless and tried his luck on some guinea fowls, who laughed at his attempts to catch them. There are a lot of skills a young leopard has to learn. They often do not leave their mothers until they are a year or a year and a half old. Some may even stay for longer than that.

A group of impalas all looking in the same direction. We do too. Every now and then one snorts. We try to see what they are seeing, hearing or smelling. Then they all turn and run away. Something must have been there … but unfortunately in the thick bush we were unable to find out what. Another “invisible leopard” sighting… 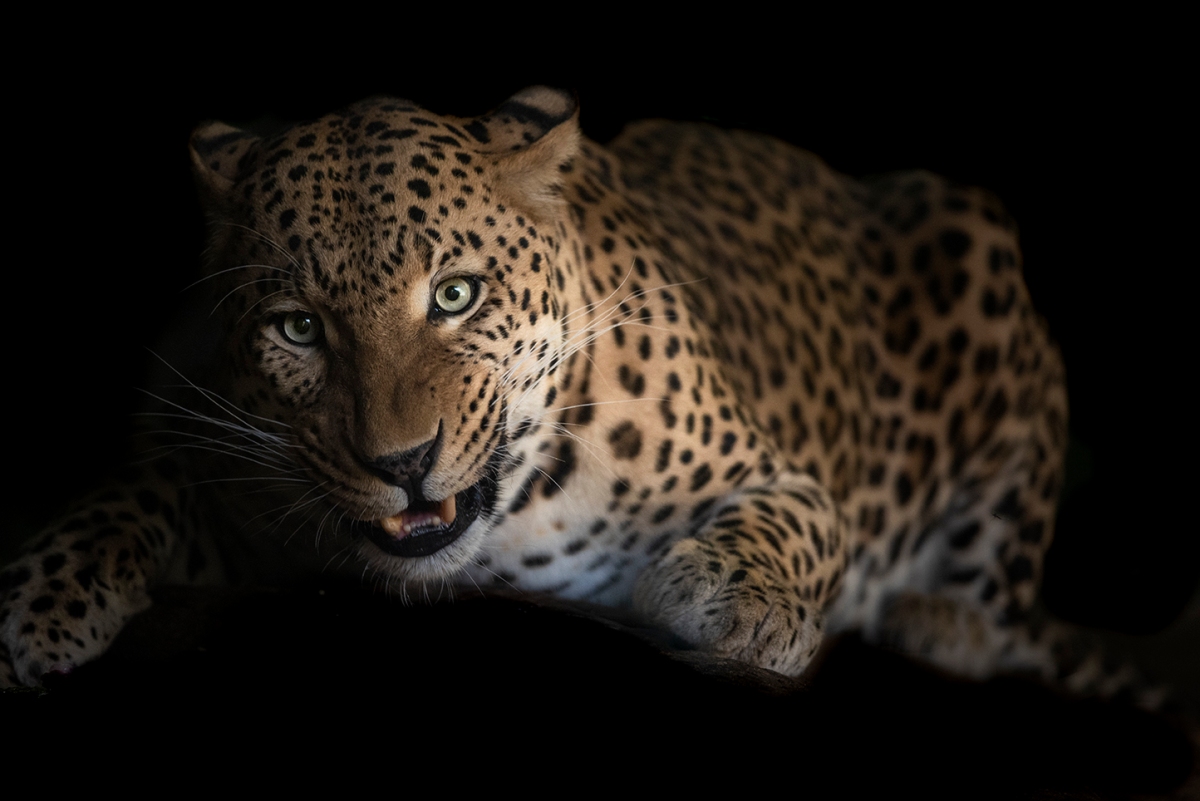 The beautiful leopard at Pretoria Zoo has just finished its meal of a whole chicken – but I feel he’s asking me for more!

Maximus is one of the big male leopards in Pilanesberg National Park. In general, male leopards are larger and more muscular than the females. They live alone, seeking the company of females only in the mating season. Male leopards are known to fight with other males who intrude in their territory. Females are less aggressive towards other leopards, and their territories are smaller.