A misty Friday morning again – I’m getting good at predicting when the circumstances will be right. This morning, I woke up at a quarter to 5:00, saw that there was some mist over the wet areas of the field in front of our house, and decided to go to the fens for sunrise. My husband complained a little, but decided to join as well. It was another beautiful morning!

If you are fed up with work, longing for some weekend rest and relaxation, know this: the weekend feels so much better if you are lucky enough to have a job. You are actually blessed!

One of the most renowned photographers of people on the margin was the American artist Diane Arbus (1923-1971). She took pictures of those who were deemed ‘not normal’: dwarfs and giants, circus performers, nudists, and transgender people, trying to show worlds that other people do not see. But whose world is pictured in a photographer’s work?

“I really believe there are things nobody would see if I didn’t photograph them”, Diane Arbus once said. She saw the misfits in society that others closed their eyes for. Rather than voyeuristically taking their portraits with a hidden camera, as some street photographers did, Arbus interacted with her subjects. “Actually, they tend to like me”, she said.

One of her most famous photographs shows a boy in a park, playing with a toy hand grenade. With his hands clenched, the boy looks into the camera. He appears about to explode. The striking pose of the kid has been interpreted as symbolizing the closeness between child’s play and primal violence. It is a photograph of something that we would not ordinarily see. It is a disturbing picture that triggers our emotions. It allows us to access – or at least be aware of – a different world.

But whose world are we experiencing in the photograph of the boy with the toy hand grenade? Critics of Arbus’ work have pointed out that in the contact sheet that shows the whole series of images Arbus took of the boy, this is the only disturbing image. On the others, we see an ordinary boy fooling around in a park. The choice of printing this image of a disturbing and disturbed kid is Arbus’ own.

Another Arbus image shows an extraordinarily tall man visiting his parents. Their faces are slightly shocked as they look up at him. According to one commenter, this image shows Arbus’ devotion to represent the underrepresented. “A viewer may not infer that this is a family photo without the help of the title. Yet, at the very core of Arbus’ photo is a picture of a mother and father with their child in a typical family home”, writes a contributor on The Art Story website.

I wonder if this is what we see. Do we see in this image how a giant has a normal family life, just like we do? Or do we see a freakish man who would fit better in a circus? To put it boldly: Do we see the man or the monster? The answer to these questions lies in the viewer of the photograph, of course. But it is also influenced by the photographer who takes the picture. Does Arbus help us to experience and share the world of the people she portrays, or is she enforcing stereotypes?

The philosopher Susan Sontag would say it is the latter. According to Sontag, Arbus is not an empathetic observer, but a pessimistic anti-humanist. She writes: “Arbus’s work does not invite viewers to identify with the pariahs and miserable-looking people she photographed. Humanity is not ‘one.’” Her images do not make Sontag feel compassionate about the life and fate of Arbus’ subjects.

Recently, National Geographic asked a historian to examine the photographs about Africa and Asia in its archives. “For decades, our coverage was racist”, was the conclusion that made the headline.

The voices of black Africans did not feature in articles, and photographs pictured them in a stereotypical way: doing tribal dances, or staring enthralled at the modern equipment of the photographer. In this way, Africans are (quite literally) portrayed as not on par with the Western reader. They are traditional where the reader is modern; they live in villages instead of cities; they have not reached a Western level of development.

The ways in which Africa and Africans – or, better: Zambians, South Africans, Kenyans, Nigerians, etc. – are portrayed is an issue that receives increasing attention. In National Geographic, the stereotypical African is the ‘noble savage’, someone who is still in touch with nature, with their roots and with the community; unspoiled by the rationalizations, disenchantments and individualization of modernity. Another stereotype is triggered by charities and by media covering disasters. We all know these images: African children with flies crawling on their faces and bellies swollen with hunger oedema.

This image of Africa has been labelled as ‘poverty porn’. People in these photographs are portrayed when they are at their most vulnerable. The objective is to generate pity or sympathy, and subsequently to increase donations to the charity. The donations are for a good cause, but these images keep telling us that Africans need to be saved. They are victims. They are not able to help themselves. In a Ted-talk, Nigerian writer Chimamanda Ngozi Adichie says: “The problem with stereotypes is not that they are untrue, but that they are incomplete. They make one story become the only story.”

There really are pitiable children suffering from famines – photos portraying them are not staged. But there is more to Africa than this. More than noble savages and beautiful nature; and more than suffering victims and “shithole countries”. Photographers, wherever they come from, and whoever pays them, should be aware of the power of their images in enforcing harmful stereotypes.

Why am I writing this? I am an anthropologist and photographer living in southern Africa. It is my aim to picture the people whom I encounter in an honest way. The issues addressed in this blog sometimes make me feel I am traversing a minefield. I hope to use this blog to plot my course, avoiding the pitfalls mentioned here, and reflecting on a number of issues related to imaging (or imagining) Africa.

“In a perfect world, there is no future,” I read yesterday in Sansal Boualem’s novel 2084. An interesting statement. When we think about the future, we almost automatically think about change, about things that are not yet here. “When I grow up, I want to be a doctor.” “Our day will come.” “Maybe later.”

If everything is already perfect, it is not necessary to think about the future. Nothing needs to be solved. No solutions need to be delegated to a realm that has not yet manifested.

In a perfect world, there is no future.

To me, looking at the photography of the blossoms of the papaya tree implies a future. Next week, more flowers will have opened. The week after the first flowers will drop to the ground. After a month, on a different tree, the papaya fruit will start to grow, pollinated by this flower. 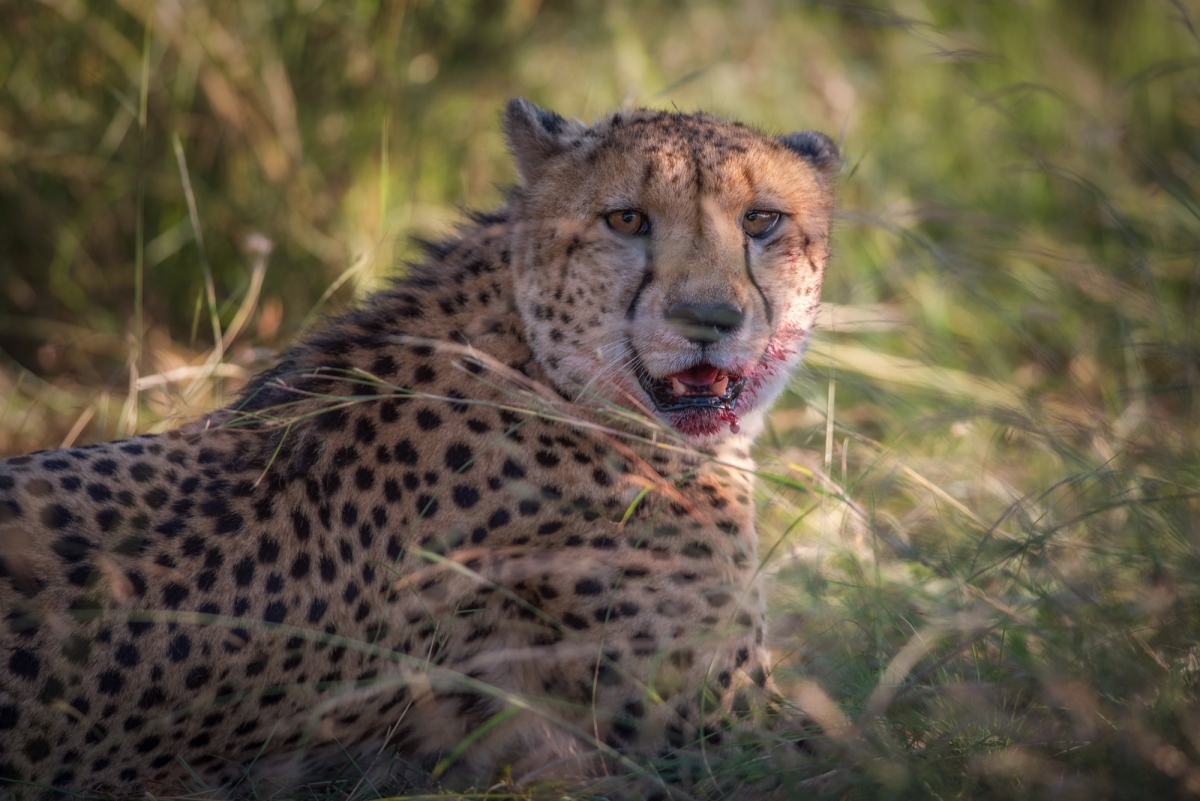 This is our world. It is cruel. It is harsh. It is unfair. It hurts, while others are smiling with their bellies full. And it’s not just this cheetah. Humans are even worse. The cheetah does what he must do. Humans have a choice.

What do we do with that choice? Still there is inequality. There is pain inflicted on the innocent. And so little mercy for those who are seeking a better place in life. Because we benefit from the way things are. Because we don’t know where to start to change them.