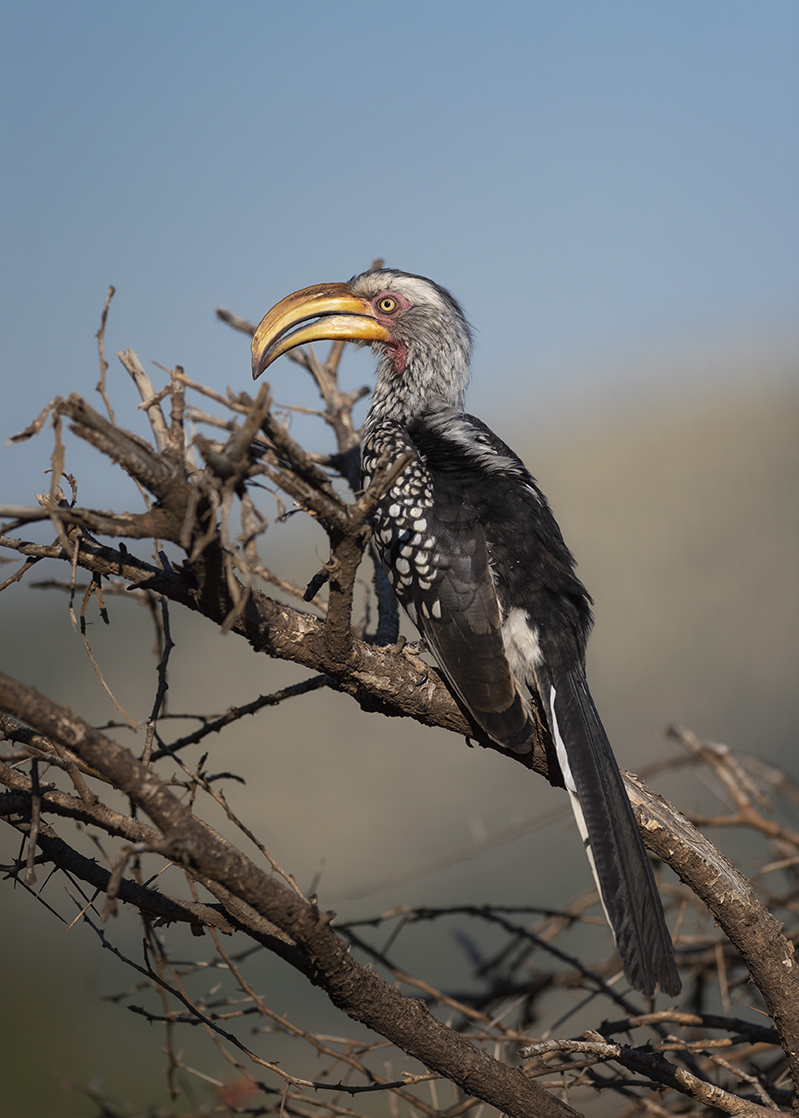 With its strikingly yellow bill, the Southern yellow-billed hornbill is sometimes called the ‘flying banana’. Yellow-billed hornbills are solitairy creatures until the mating time arrives. At that time, the male will do anything for his love, such as bringing her small morsels of food and feeding her from his mouth, and bowing for her with his wings spread. The female then nests in a natural hole in a tree, closing the opening off with her faeces. She leaves just enough opening so that the male can feed her while she incubates the eggs. During this time she loses her feathers. If the male were to abandon her at this time, the female and the eggs would be doomed, as there is no way for them to acquire food. After 25 days the first egg hatches, and when the first chick is about three weeks old, the female leaves the nest in a new suit of feathers. From this moment both parents feed the chicks for the next six weeks. What a lovely family! 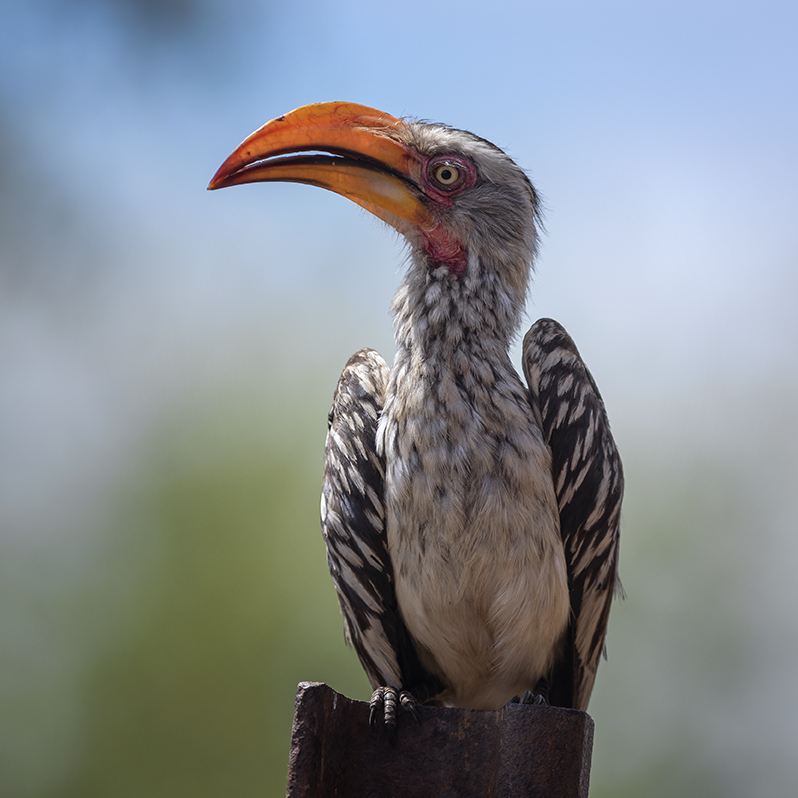 Hornbills are birds with huge bills that can account for up to 1/6th of the entire body length. Because of their large beak, the hornbill can’t see very well what is right in front of them. They will often search for food on the ground, overturning twigs and leaves to find insects.
Photo taken in Pilanesberg National Park 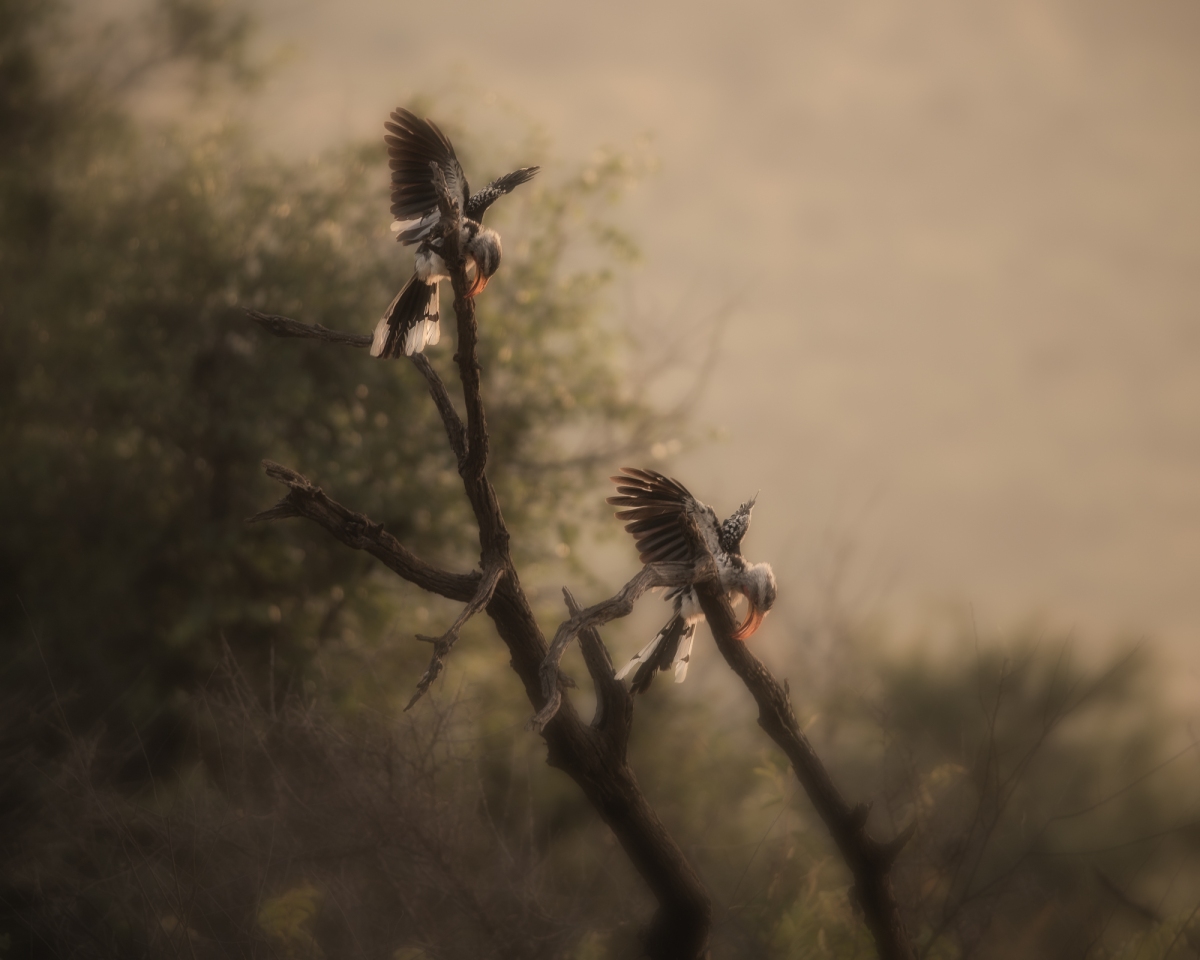 This must be one of the most magical moments I’ve experienced during a game drive: two Southern yellow-billed hornbills at dawn, bowing their heads synchronously toward the rising sun.