A huge bull elephant comes for a drink at a waterhole in Madikwe Game Reserve. Male elephants are generally solitary creatures, although friendships between groups of males have also been documented.
For one month of the year, bull elephants go into the condition of musth. During this time the bull produces 40 to 60 times more testosterone than usual. It makes him aggressive and unpredictable, and the best advice for other elephants and humans alike is to give the bull lots of space.
Musth is similar to what happens to Popeye when he downs a can op spinach. In musth, a male that is way down the ladder can challenge a dominant bull and win. When a bull elephant has broken tusks like this one, it may well be the result of a fight with another elephant! 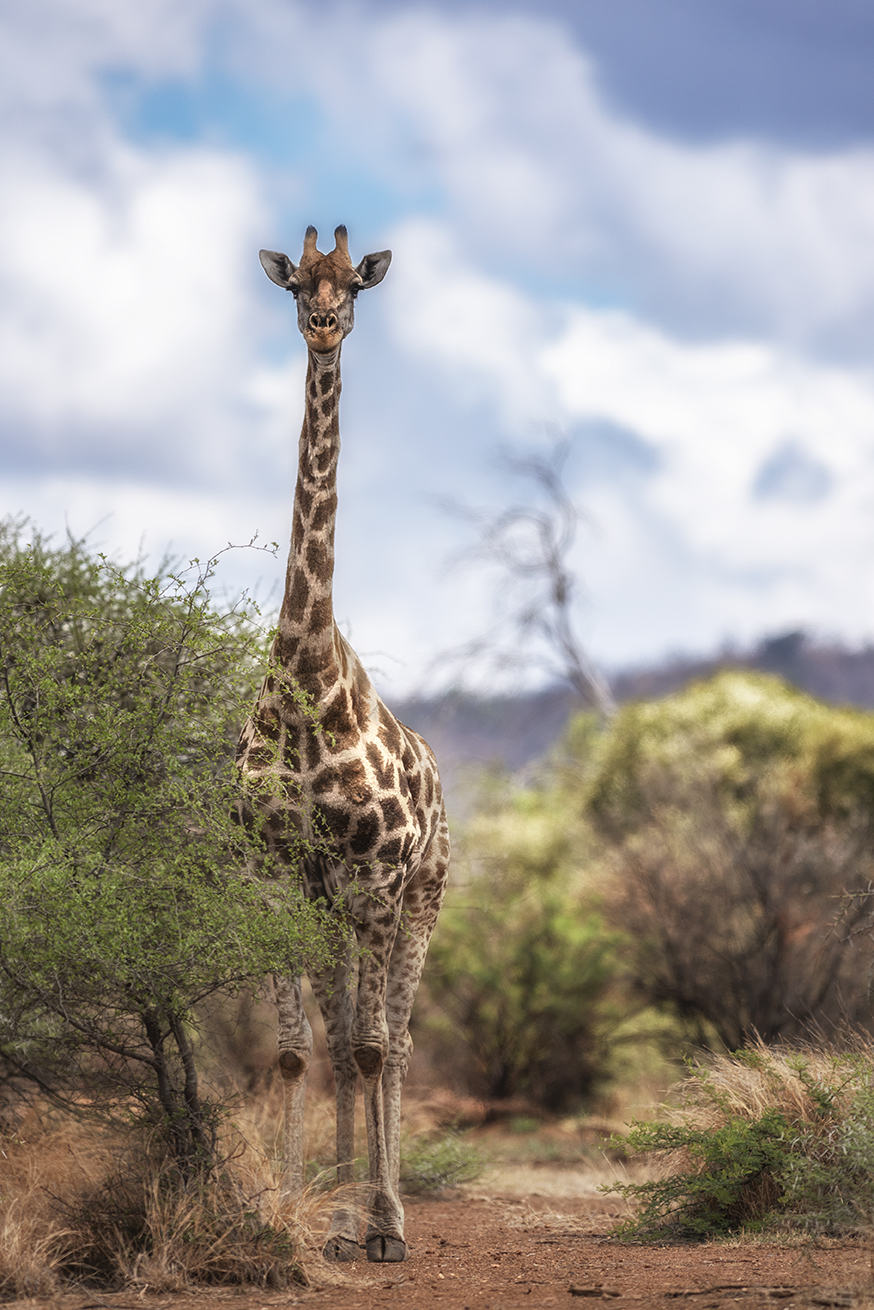 Giraffes are so tall they are actually quite hard to photograph with a telelens. Glad to have gotten some landscape in there with this one!
Photo taken in Pilanesberg National Park

A small baby zebra is gingerly tasting the green shoots between the rocks on the ground. Zebras are born after thirteen months of gestation. They start nibbling on grass within a few weeks from birth. The coat of a baby zebra is more brownish than the clean black and white of the adult. It is also adorably fluffy!
Photo taken in Pilanesberg National Park 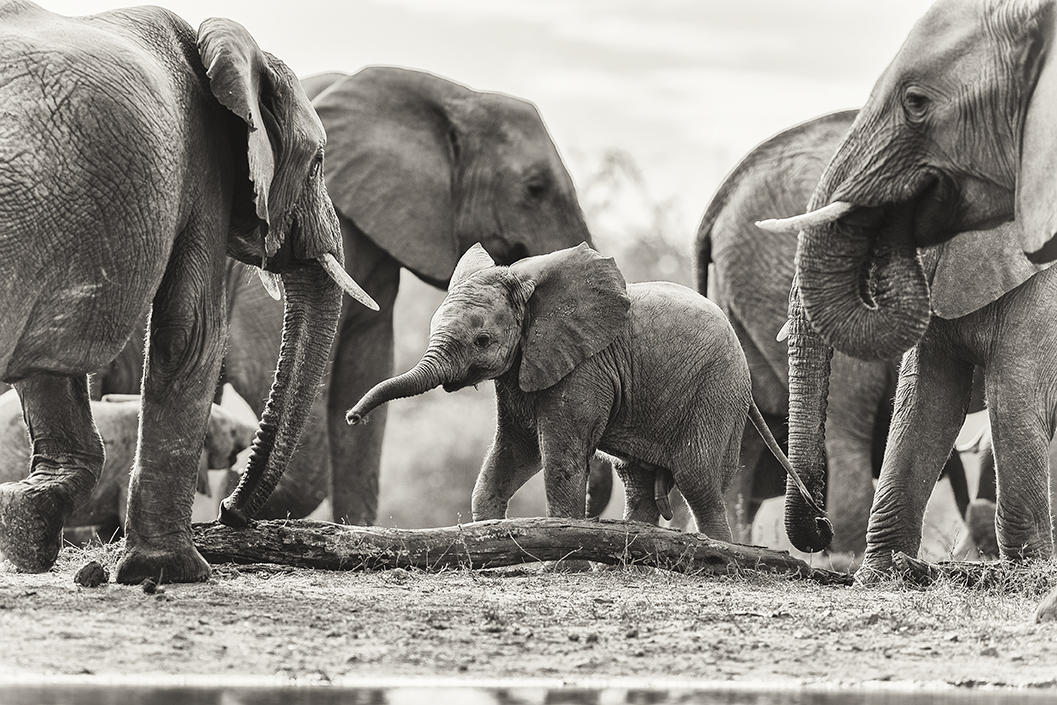 Elephants are careful to protect their young – as you can see here the adults form a protective circle around the baby!